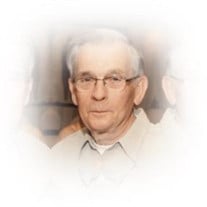 With great sadness we announce the passing of Clifford Bernard Friesen of Dartmouth, Nova Scotia, just seven days shy of his 84th birthday, born October 21,1937. Clifford/Dad/Grampy/GG, was born and raised in rural Manitoba and passed away on October 14, 2021, after a short stay in Dartmouth General Hospital. Dad was predeceased by his loving wife of 62 years Patricia who passed away earlier this year. He is survived by his sons Robert (Carla), Patrick (Christine) and Jackie; grandchildren Jessica (Brett), Kaelah (Trevor), Derek, Holly and Jackson; and great grandchildren Knox and Kruz. Dad is also survived by two sisters Marguerite Orr and Joyce Ehnus. He was predeceased by his older sister Vivian (aka Dixie) Weeks. Dad was born and raised in rural Southern Manitoba where he learned to hunt and fish, tend a garden, and play sports, with baseball being his favorite. His early work life was in the Canadian Navy as a Hull Tech and he lived in Shannon Park married quarters for many years. He was active in the community mostly in the coaching capacity of several sports teams. Upon retirement from the Navy he went to work for Irving in the Saint John Shipyards. Grampy and Nanny’s happy place for many years was at the family cottage, tending the garden and sharing the bounty with all their family and friends. We all now know how to plant a garden and pick bugs off the potato plants and other vegetables. Dad was a believer in natural wholesome vegetables without insecticides which led us all to have a deep appreciation for fresh veggies. Tending the garden was truly his passion. He was a farmer at heart. Grampy tended garden while Nanny made homemade pickles, various jams, and other assorted goodies. Nanny was an amazing cook and desserts were her specialty. Her desserts were always the grand finale of special occasion dinners. There was also lots of time for the grandkids, as evidenced by their many fond memories of all the various activities one can do in the country. There were many trike and tractor rides around the cottage… both inside and out, wanderings on the beautiful beaches looking for shells and sea glass, and quiet walks that included picking heather down by the marsh. Cottage evenings often ended with beautiful sunsets, telling stories, playing games, poking fun, singalongs, dancing and lots of laughter. Sleep came easy. The family would like to extend deep gratitude to the Dartmouth General Hospital team for their care and compassion; to Dorothy and Ray for their tireless assistance and friendship, and the many friends near and afar, who stayed in touch and brightened their days. In lieu of flowers donations may be made to Chalice Canada or organization of your preference. It was their wish that there be no formal funeral or visitation. The family will hold a private celebration of life at a later date.

With great sadness we announce the passing of Clifford Bernard Friesen of Dartmouth, Nova Scotia, just seven days shy of his 84th birthday, born October 21,1937. Clifford/Dad/Grampy/GG, was born and raised in rural Manitoba and passed away... View Obituary & Service Information

The family of Clifford Bernard Friesen created this Life Tributes page to make it easy to share your memories.

With great sadness we announce the passing of Clifford Bernard...

Send flowers to the Friesen family.