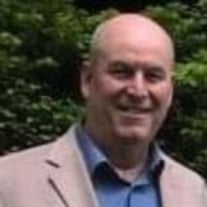 Douglas Joseph Dutch, 71, of Beaver Bank, Nova Scotia, succumbed to cancer at the Dartmouth General Hospital while surrounded by family on January 1, 2022. Doug is survived by his wife Maria of 49 years, son Sean Dutch (Loan Cao), daughter Angela Peh (Jeff Peh), sister Robbie Murphy, brother Jim “Jimmy” Dutch, grandson's Darius Peh, Calem Peh, Shane Dutch, James Dutch and many loving, nieces, nephews and extended family. Doug was a loving father, husband, grandfather and made many strong friendships and connections over the years. Doug loved sports, especially hockey, where his favorite team was the New York Rangers. He worked as an air frame/air engine technician and a teacher during his 30 year stint in the Canadian Forces. Doug then transitioned to the next phase of his career where he took on a complimentary role in the private sector, and continued working in his chosen field of aeronautics. He spent his free time playing various sports, but primarily hockey and softball, and continued later in life as a coach and volunteer. Doug was always ready to lend a hand to friends and family when needed, and was an exceptionally reliable and dependable person. Doug adored his wife “Ria, ” spending time with their grandchildren, visiting family, and making memories traveling the world. They made future plans to travel together and during his final days expressed his hope that she would continue to enjoy their shared love to explore near and far. When Doug was not with Ria, he could be found shooting pucks and playing basketball in his driveway, taking Darius and his friend’s to hockey practice, taking Calem to basketball practice, watching his grandson’s play sports, yelling about the officials and commentating on the sport. His grandsons brought him pure joy and they loved spending time with their “Poppy.” Sean and Angela will be forever grateful for the time and love he poured over their children. “Babes, ” “Dad, ” “Poppy”, we are better people for having been loved by you and will miss you every day. A special thank you to the staff at Dartmouth General Hospital who were professional, caring and supportive during his final days. Also the family would like to extend their sincerest gratitude to the many relatives and friends who sent messages, prayed, called, and provided food during this difficult time. There will be a private celebration of life ceremony for Doug involving immediate family in the near future. Memorial donations may be made to the Canadian Cancer Society.

The family of Douglas Joseph Dutch created this Life Tributes page to make it easy to share your memories.

Send flowers to the Dutch family.