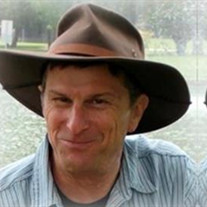 It is with deep sorrow we announce the passing of our precious husband, father, papa and friend. John Ronald Pollock, (affectionately called JR), of Williamswood, Nova Scotia passed away on Tuesday, September 28, 2021, at the age of 71, with his beloved wife by his side. Born February 9, 1950 he was a son of Gerald and Aleene (Green) Pollock. He moved from Dallas, Texas to Nova Scotia, and in 2009 married the love of his life, his “Angel”, Cyndi Burns. JR served his country in the US Air Force, active duty in the Vietnam War. He graduated with Highest Honor Award from ITT Technical Institute with an Associate of Applied Science Degree in Electronics Engineering Technology and completed Tarrant County College Computer Science Application Development degree. He retired from Southwestern Bell after several years in the private sector. Deeply devoted to his wife and family, JR loved nature, the forest, trees and wildlife, especially the birds and ducks, faithfully tending them daily at his lakeside home every day. He was passionately curious, well versed on many topics, a cheerful sense of humor, and had many and varied interests including being an avid target shooter, enjoying many hours at the range. He loved music, reading and writing, both prose and poetry, and had self-published several books. He adored his “fur-kids”, cats – Chloe, Bissy, Bahja, and Jazzy. His passion for life will always be remembered. One of his favorite sayings was, “Always be yourself, unless you can be a Wolf – then always be a Wolf.” JR is survived by the love of his life, his wife, “Angel” Cyndi Burns-Pollock; step-daughters, Nicole Riley and Whitney Slauenwhite (Andrew); daughter Carrie Magnus (Tim); son, Jeremy; his cherished grandchildren; siblings, Jerry, Larry, Randy; many aunts, uncles, nieces, nephews, cousins and friends. Besides his parents, he was predeceased by son Jonathan, and sister Diane. Cremation has taken place. A Celebration of Life will be scheduled at a later date. In memory of JR, you are invited to plant a tree and carry on his care and concern for the earth and environment, or make a donation to Hope for Wildlife (www.hopeforwildlife.net).

It is with deep sorrow we announce the passing of our precious husband, father, papa and friend. John Ronald Pollock, (affectionately called JR), of Williamswood, Nova Scotia passed away on Tuesday, September 28, 2021, at the age of 71, with... View Obituary & Service Information

The family of John Ronald Pollock created this Life Tributes page to make it easy to share your memories.

It is with deep sorrow we announce the passing of our precious...

Send flowers to the Pollock family.