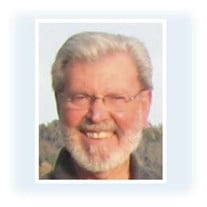 Surrounded by his family in person and in spirit, Peter died peacefully on January 7, 2022 at the age of 87. He was predeceased by his father, mother, stepfather; and numerous family members in England. He is survived by his wife, Marjorie; children, Susan (John), Lynn and Ian (Diane); eight grandchildren; two great-grandchildren; and his family in England including his sisters, Linda and Connie; stepsister, Kay; brother-in-law, Andrew; ne- phews, nieces, and cousins. Born in Manchester, England on June 1, 1934, he immigrated to Canada in 1956 arriving in Quebec City aboard the S.S. Columbia. He made his way to Toronto and then to Calgary where he met and married Marjorie, the love of his for 63 years. They eventually moved to Nova Scotia to be closer to extended family settling in Dartmouth where they raised their three children. Over the years they welcomed and enjoyed loving and spending time with their eight grandchildren and two great-grandchildren and were so proud of their many accomplishments. Peter was a kind and gentle man. He had a lifelong passion for books, reading, and crosswords and he loved to sit and think deeply. He was a talented self-taught artist and equally skilled with a brush and easel as he was with a knife and block of wood. He enjoyed music and although he never mastered playing an instrument, he never gave up trying! For many years, watching Jeopardy each night was a highlight of his day. He was a master joke-teller and oh how he loved to laugh! This is something his family will miss most. When asked about what he might wish to include in his obituary, he offered the following "I had a wonderful life, I am happy and I most appreciate my family" and with a wry smile he added, "and perhaps something like, he was here until he wasn't. Goodbye". He was loved and he will be missed. May he rest in peace. There will be no visitation or memorial service at his request.

Surrounded by his family in person and in spirit, Peter died peacefully on January 7, 2022 at the age of 87. He was predeceased by his father, mother, stepfather; and numerous family members in England. He is survived by his wife, Marjorie;... View Obituary & Service Information

The family of Peter Victor Cavanagh created this Life Tributes page to make it easy to share your memories.

Surrounded by his family in person and in spirit, Peter died...

Send flowers to the Cavanagh family.