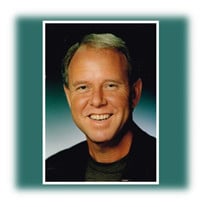 On November 26 2021 Randolph Nickerson “Randy” Ford checked out his last ESPN sports scores, chose his Sunday Football picks, turned off Fox News Update and whispered his last "I love you”. Randy was born to Norman and Kathleen (Kay) Ford July,31 1951, dubbed “Our favorite son”, & proven to be fact upon receiving the coveted “SCROOGE McDUCK” comic book in his Christmas stocking, year after year; a Ford family tradition granted only to the “FAVOURITE” Ford son. (All three sons got one) Randy’s parent's love and support was the foundation of his own unwavering character of unconditionality, hospitality + compassion. He is survived by his girlfriend, fiancé (of 8 years) then ultimately his wife of 50 years; the recently wealthy (in sweet memories) and overly devoted Rose (Landry), his daughters Kerry and Kelly and grandsons Jackson and Nicholas. He maintained that his greatest honors were being called “Dad”, “Coach”, “Brother” & “Son “. He is survived by his much older (wiser) Brother Leigh Ford (Sandra Amirault Ford) of Chester NS and baby brother Chris (Family glue) (Bubbah) Ford (Carolyn McBride Ford) of Guelph Ontario. Randy’s exit will now allow them to emerge from his shadow. Niece’s Alycia & Nicole, nephew Kyle their beautiful offspring Owyn, Annaleigh, Aislynn Thatcher & Wren, sister and brother mostly by heart & legally by marriage Cathy and Stephen Connor. The Benjamin and Bowling families who, through divine intervention, became “family “. His deep love and gratitude for them will live eternal, as he knew their love, as well. Randy’s life's work began by trudging through the BMO ranks as a brilliant and successful charismatic banker, counting other people’s money. He was touted a visionary by his colleagues and the media, successfully building a multimillion-dollar business for BMO. In the typical Ford fashion and regardless of his success, Randy always handed credit to the people he surrounded himself with. After 37 years of banking, he had two basic philosophies regarding work; “Unimaginative Banking Careers are why God created Golf Courses " and, “Surround yourself with great people and stay the hell out of their way.” His years of golfing around the world pretending to work as a Bank Executive, afforded an incredible number of folks an exposure to his quiet, creative and powerful presence. Some might speak fondly of him, if pressed. Randy passed from this world convicted in the fact that that Darby O’Gill and the Little People was the best movie ever, The Beatles and Beach Boys, the best recording artists and peanut butter, a stand-alone food group. His blood was half country music and half sea water and he secretly knew he was genetically closer to Jimmy Buffet than banker. His regrets were few but if we wagered a bet, we would guess they'd include; 1. losing tee -off time tied down with covid in Florida in 2019 2. not training Ruby - his Grand-dogger - to detect cancer and brain bleeds and 3. that no video evidence exists of his prowess on the golf course. Although a less than desired life span, Randy did not live an undesirable life. He traveled the world with his Rosie, laughed a contagious belly laugh at every chance, learned what he wanted to learn, fixed what he wanted to fix, loved who he wanted to love and had the fortitude to forgive and forget the unforgivable and unforgettable, choosing light over dark + love over loss. He was a banker by profession but an artist at heart - a baseball player, musician; a lover not a fighter (minus a few teenage years and illegal beers) Cremation has taken place, and his ashes will be kept around as long as they match the décor. He possessed a brilliant brain for statistics + sports stats, a willingness to drop anything for anyone at any time, an unmatched love for a good project; planning road trips, vacations and cruises and trips for the Boys Golf boondoggles; all in a day’s work. If you're looking for him but can’t, find him, look no further than a Florida golf course at the earliest tee off time available, under a Flagler Beach Sunrise or watching a Captain Morgan Flagler sunset while writing country songs in his head. No buildings named after him; no monuments erected in his honour. None needed; his legacy lives on in Kerry and her work, who advocated ferociously for his health & life to the very end and continues to work with him on the other side of the rainbow, keeping the most important part of him alive. He was the other half to Rose and together, they created a community of friends who fast became the family hub, with their revolving door policies, dinner parties and infinite wells of unconditional love. He was the father most only dream to get and the husband most can't manage to catch. He will be forever missed as a father, friend and husband. There will be no visitation; Randy was a no show at his own retirement Party; Don't wager a bet you will see him in a dark funeral home; We refer you to the above to know where to find him, instead. A memorial and ceremony to celebrate the life and afterlife of Randy - not mourn his death - will be held at a later date, in the lifestyle he was accustomed to; with cherished family and friends, on a golf course, next to water; and a final opportunity to have one more swing of the stick and a “Captain” for him. Don't wear black.

The family of Randolph Nickerson "Randy" Ford created this Life Tributes page to make it easy to share your memories.

Send flowers to the Ford family.