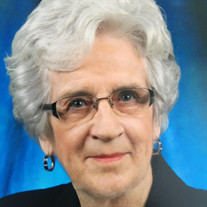 LORD, Veronica Ella Marie “Vera” Age 91, of Halifax, passed away peacefully with loving family by her side on January 29th, 2022, at Whitehills Long Term Care Centre. Vera was born in Halifax on June 12th, 1930, and was the daughter of the late Luke and Evangeline Feetham. She will be lovingly remembered by her children Judy Moore (John), Janet Giraldi (Mario), Robert (Norma), Patrick (Allyson), and daughter-in-law Cheryl. Lovingly remembered as Nanny by her grandchildren, Anthony (Wendy), Christina, Peter (Karen), Hayley Moore (Hessel), Stephanie, Sarah, Emma, Ethan, and great grandchildren Nell and Marty. Fondly remembered as Nanny “V” by her step-grandchildren, Tanya Giraldi-Vanayan (Armen), Alisa Giraldi-Baptista (Lenny), and Kayla Giraldi-Garrod (Geoff), and her step-great grandchildren, Brayden, Nathan, Madelyn, Maeve, and Shae. She is survived by her twin sister, June O’Brien; sister, Anna Feetham (Tom); brother, John Feetham (Carol); sister-in-laws, Rhoda and Ruby Feetham; as well as her many friends and extended family of nieces, nephews, and cousins. She was predeceased by her husband, Kenneth Newman Lord; her son, Kenneth Michael Lord; her brothers, Bob and Noel Feetham; her sister, Eva Emerson; and her brother-in-law, Jack O’Brien. Vera spent her youth living in Bedford, where she attended Mount Saint Vincent Academy and later met the love of her life, Ken. Vera and Ken married in 1953 and built their home in Fairview where they happily raised their five children. The family enjoyed summers together at their cottage on Grand Lake, where they created many cherished memories with family and friends. A devout Catholic and active member of her Church, St. Pius X, Vera held many positions on the Catholic Women’s League within her Parish. She was a tireless volunteer for many Church functions and regularly prepared meals for the homeless at Hope Cottage. Vera was an avid Bridge player for over 45 years, and treasured her time and friendships made in her three active Bridge groups. Later in life, she enjoyed spending her winters curling and her summers golfing at the Ashburn Golf Club, where she was an active member for 30 years. Vera loved to travel, with fond memories of her trips to Bermuda, The Bahamas, Florida, England, Ireland, Scotland, and her trip to Portugal with her beloved twin sister and best friend, June, to celebrate their 60th birthdays. She will be deeply missed by her children, grandchildren, great-grandchildren, and the many others who knew and loved her dearly. We are sincerely grateful for the care provided by the doctors and caregivers at Whitehills Long Term Care Centre, and are particularly thankful for Brittany for her exceptional support and compassion for Vera. As per her wishes, Vera will be cremated and buried with her late husband. There will be no funeral service; a memorial mass and private burial is to be held at a later date to commemorate her life. In lieu of flowers, donations may be made in Vera’s memory to Parkinson Society Nova Scotia or a charity of your choice. Online condolences : www.harboursidecrematorium.ca

The family of Veronica Ella Lord created this Life Tributes page to make it easy to share your memories.

Send flowers to the Lord family.